Managing my treatment
Talking to my doctor

Telling others about living with HIV: the Story of Paida and Mavis

Paida Mutopo is 20 years old and living with HIV. When she was just 11, Paida found out that her mother, Mavis, had transmitted the infection to her so she was born with HIV. While Mavis struggled to come to terms with both their diagnoses, a growing sense of isolation resulted in Paida playing truant from school. A few years later and encouraged by the children’s support group her doctor put her in touch with, Paida publicly disclosed her status. The courage to face the stigma of HIV at such a young age set her “free”.

She has since become an inspirational role model to other young people who are similarly struggling through adolescence with HIV. The acceptance of her status also empowered her to gain a better understanding of HIV and her treatment. Although she initially feared she would never be able to have a family of her own, her doctors informed her that with good adherence to her HIV treatment and by maintaining an undetectable viral load, having a healthy child was a possibility. She did both and in February last year after diligently adhering to her HIV treatment and working closely with her health care professionals throughout her pregnancy, Paida gave birth to Kai, her happy, healthy boy. 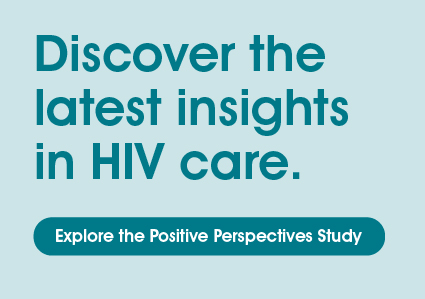 Hear how Samantha felt when telling others about her HIV.

Learn more about sharing your HIV status and the support available to you.

We surveyed over 1,000 people living with HIV. Find out about their experiences with telling others about their status.

Take 10 minutes to prepare for your next appointment with the Unity Tool.

Do you know the truth when it comes to HIV? Take our Quiz to find out.

Learn more about how others with HIV feel in the Positive Perspectives survey report.